I noticed that my Mid does not work well with gear diffs on loose sandy low traction surfaces , which cause the car to spin out on power while cornering.

On muddy surfaces or grass, the gear diff works great. So I decided to switch back to ball diffs, for this coming 8th Feb 2015 race. One of the problems with the ball diffs is it gets gritty by 10 packs, and you have to open the gearboxes and rebuild the diffs. There are 2 main causes of the diff getting gritty so quickly, one is dirt getting in the drive line, and the other is, even  if there is no dirt, ball diff greases break down ,turn black and form deposits. I recently bought a synthetic grease from ACE hardware ,called Super lube. I am now using this as my ball diff grease, and I will seal the driveline properly. In theory this grease will take much longer to degrade. 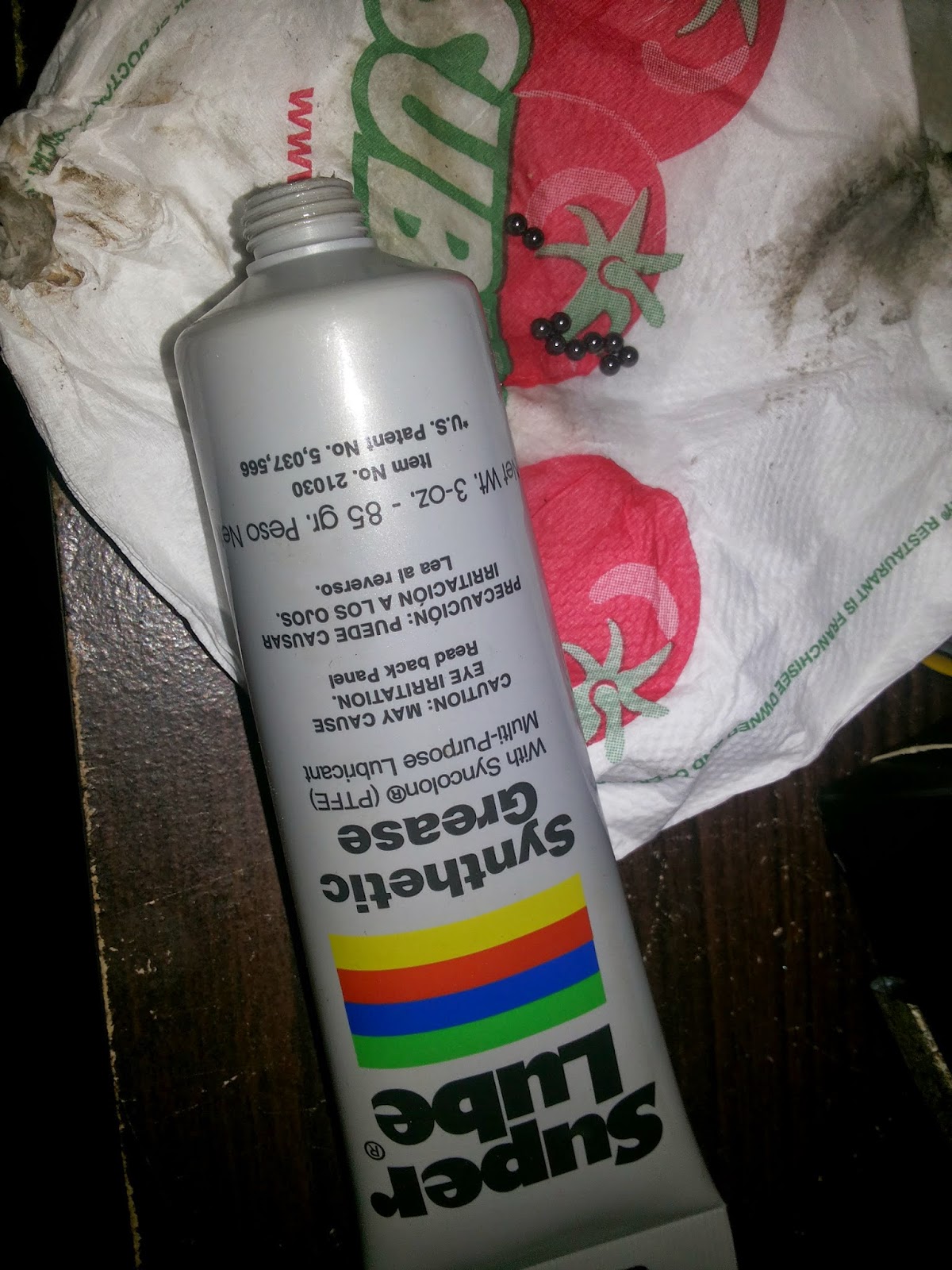 I opened my driveline yesterday and discovered sand in my gearboxes, and traced the entry points to the front belt cover edges. The front lower belt cover lifted from the chassis, and the one under the upper deck has also formed a gap. since the rest of the belt covers form a rather tight seal, when the belt moves, it forms a vacuum of sorts that sucks the sand inside.
I am now rebuilding the LWB with synthetic grease in the ball diffs and will reseal the driveline, hopefully I will succeed ,and get back the awesome handling as seen in the video of the last post. I want to get my LWB working to a level that it can challenge the Durangos and ZX6s.
Last night, on the 21st Of January, I rebuilt my LWB driveline, and I find the diffs to be smoother compared to before, thanks to the SUPER LUBE grease.
I set my front diff noticeably tighter than the rear, with the rear slipping a bit. I did this to make the car stable on acceleration and braking. This will make the car understeer a little, a car that understeers a little is easy to drive under pressure. Right now I use 10 Degree ZX5 caster blocks, and find steering to be a lacking at the very tight turns, may go back to 7 degrees depens on this weekend's testing.

The car was incredible with the 7 degree caster blocks. I was finally able to drive it really well and keep with modern cars. The tail wasn't swinging anymore. 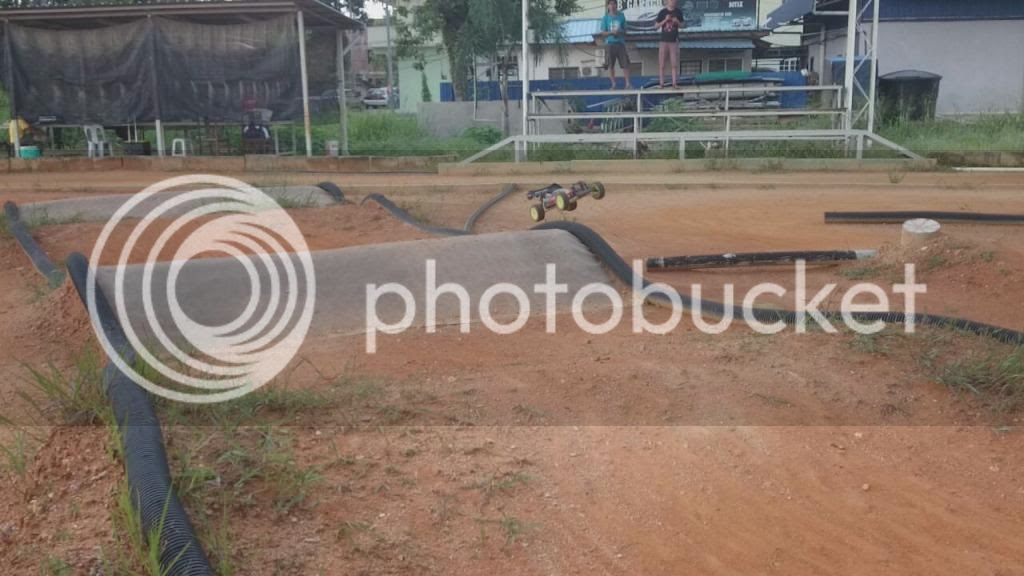 I have changed back to ball diffs, because the geardiffs don't seem so smooth. Since I did not have enough parts to rebuild a rear ball diff, I made some improvements to the standard kyosho rear ball diff.
I also used Lazer ZX-5 7 degree c hubs with 3racing ver2 ZX-5 alloy knuckles. I had to grind the c hubs in the fronts to make sure it will fit into the arms without binding. I am in the process of making a ZX arm that will be a direct fit with ZX-5 c hubs. Bashing on the Beach

This was my brother's old Turbo Optima Mid, that was in pieces.
I have a LWB ,but I missed driving a SWB, so I decided to rebuild one with some upgrades. 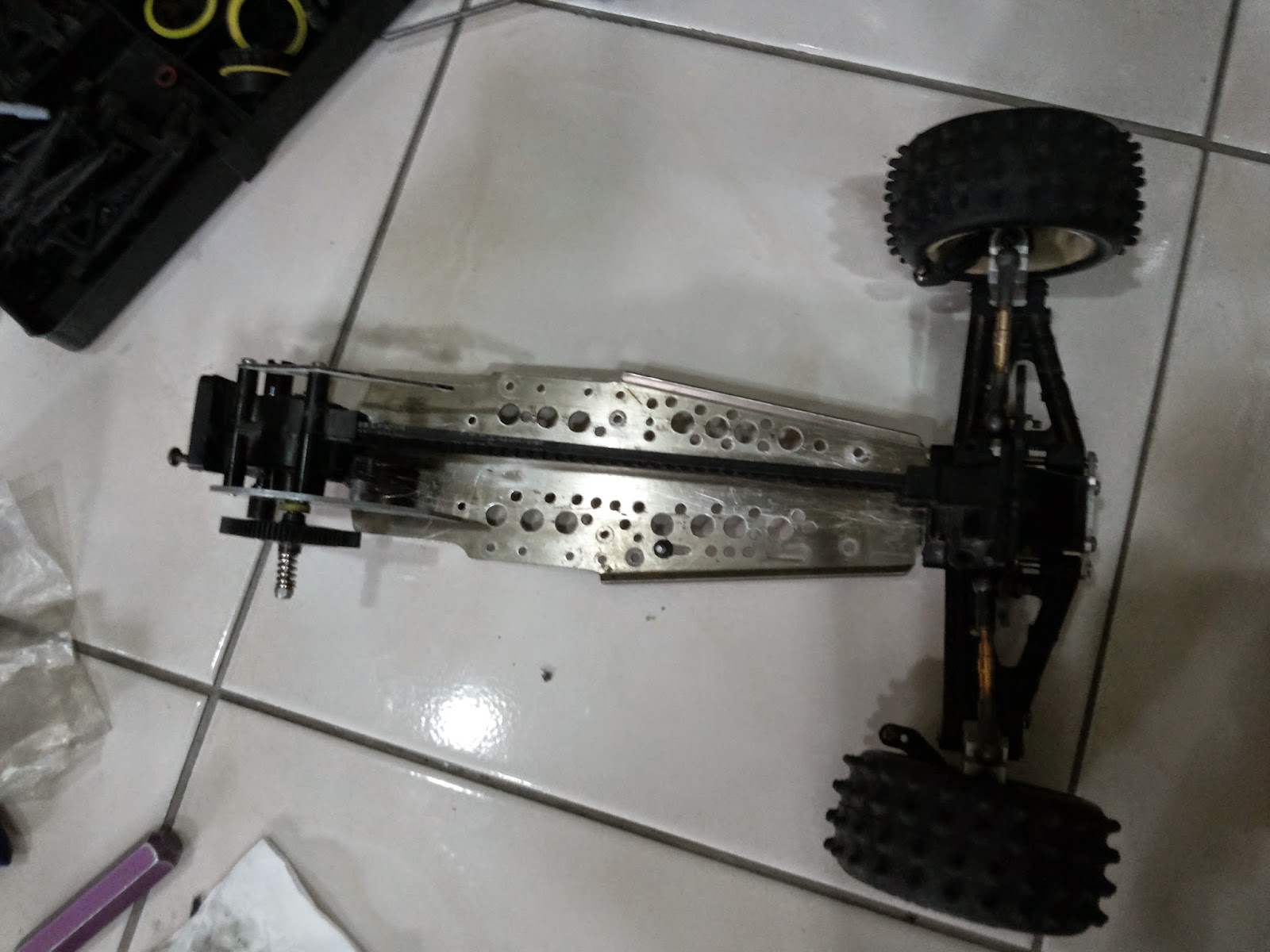 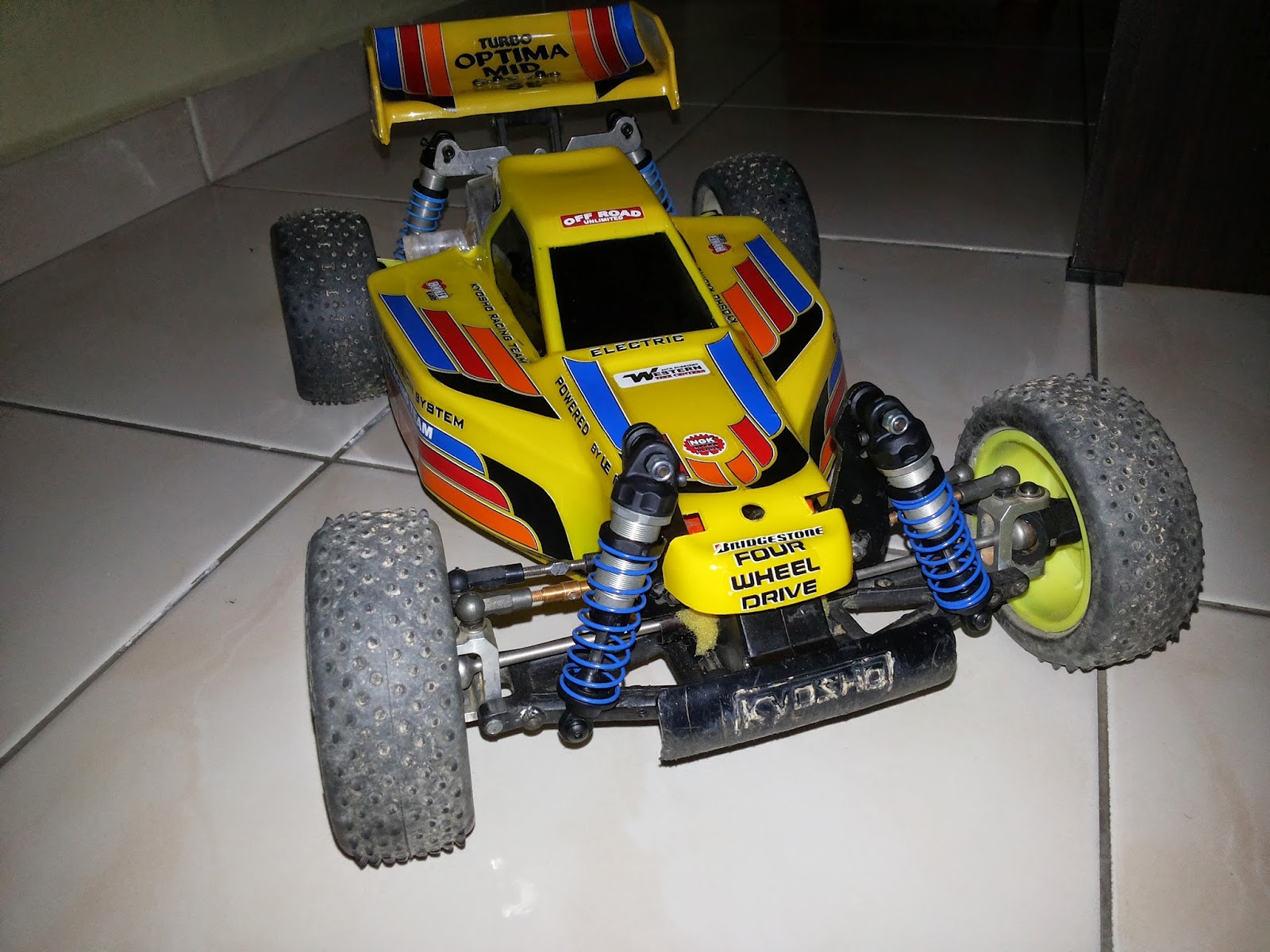 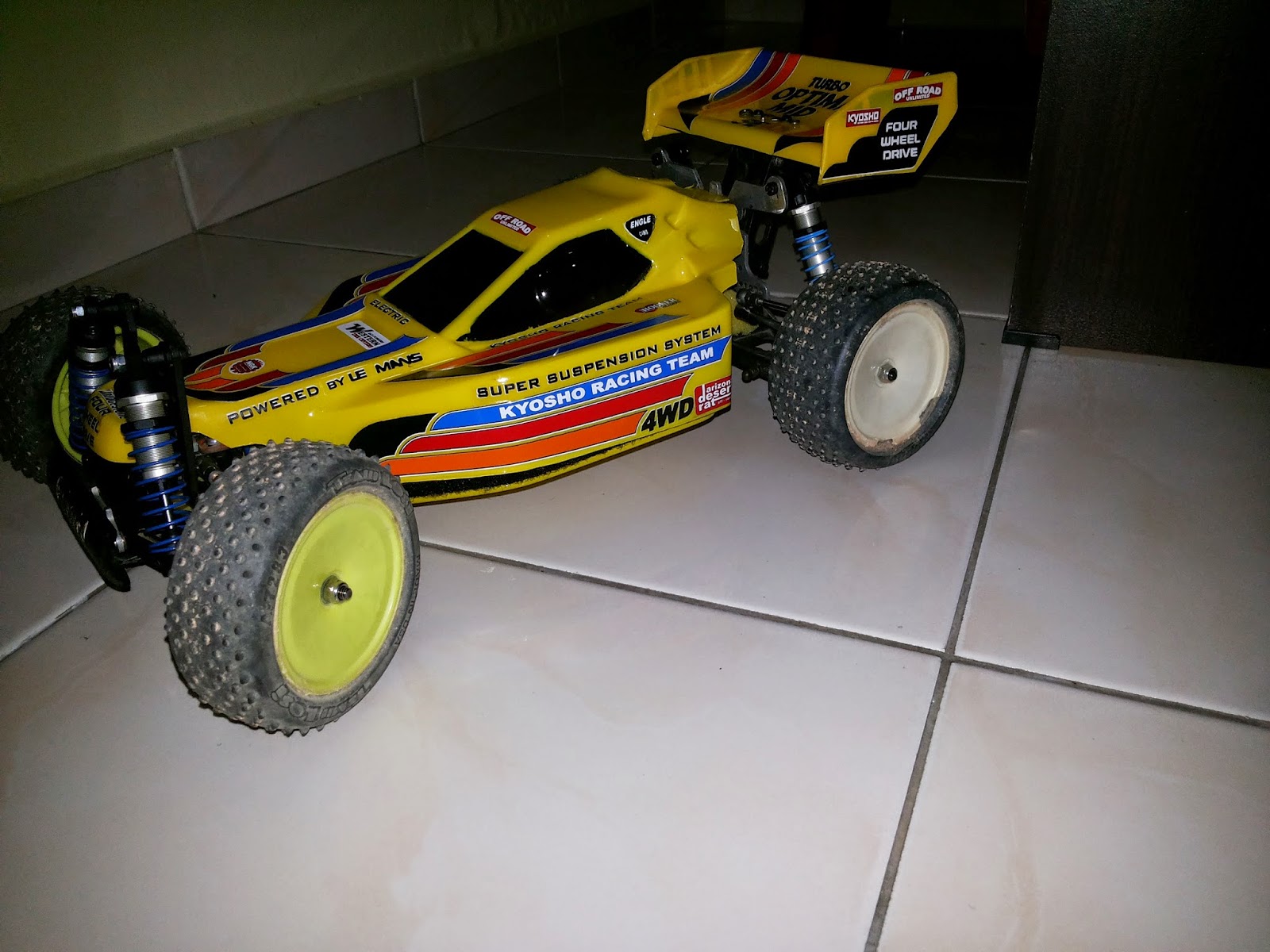 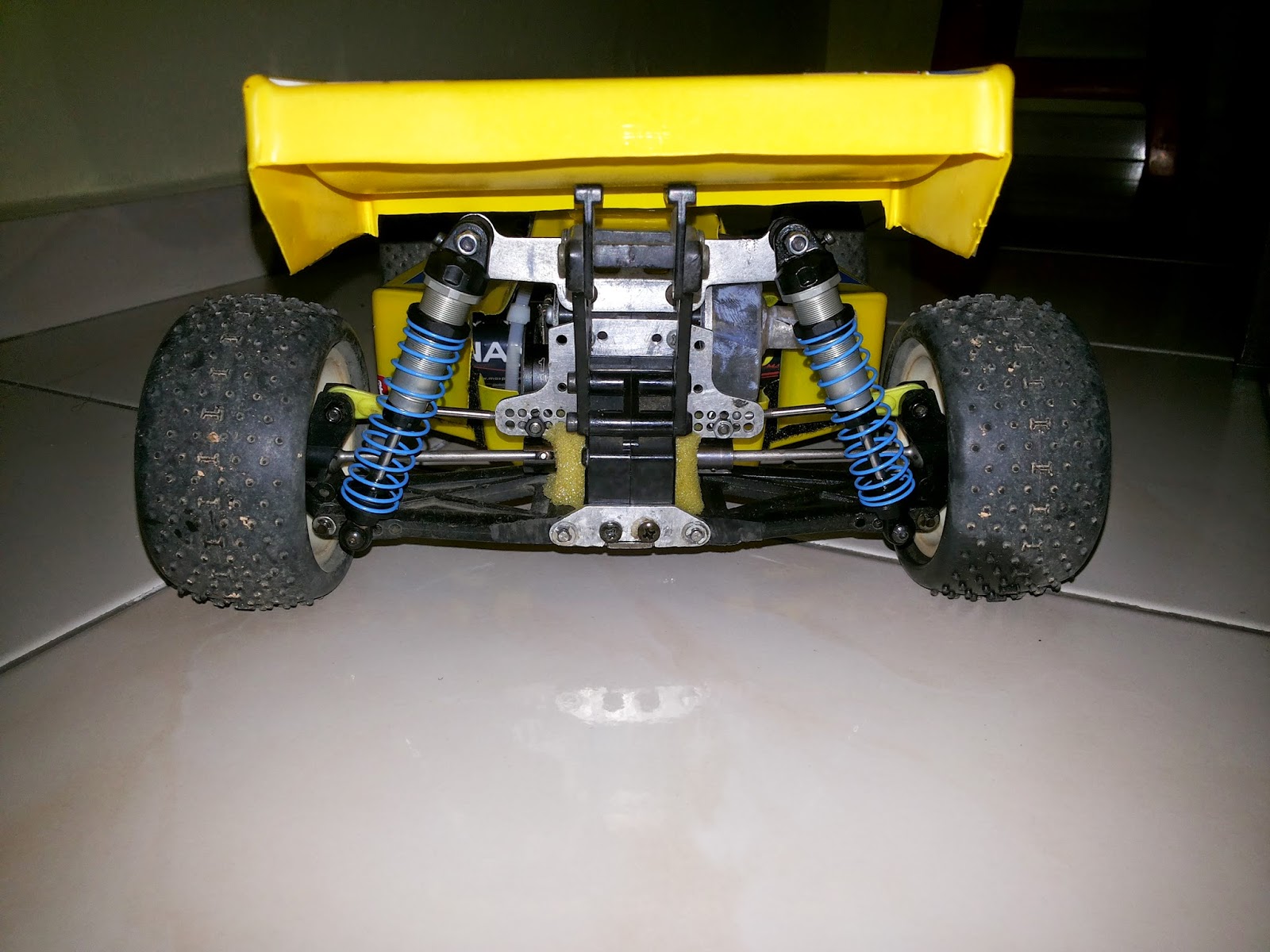 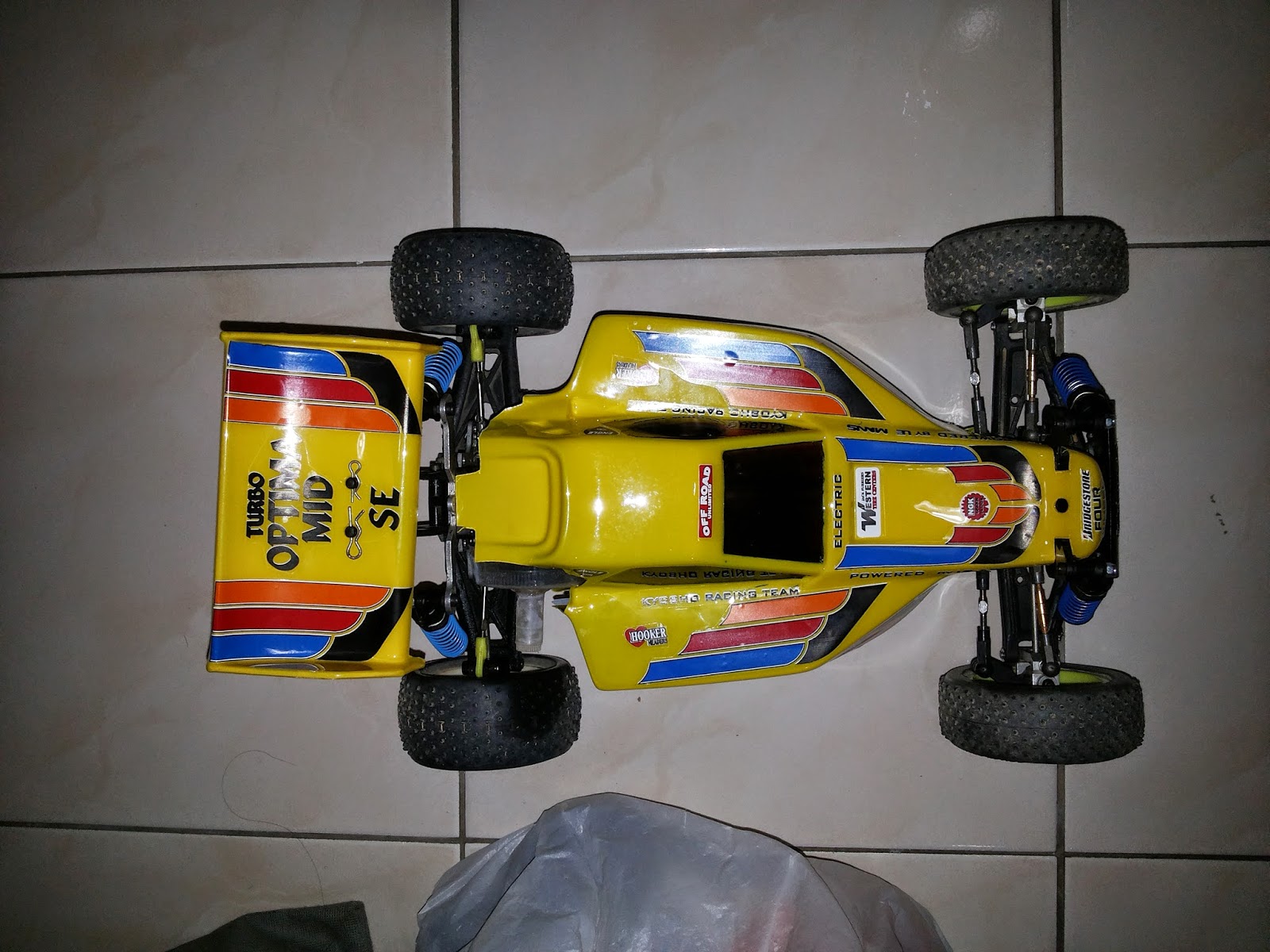 http://www.youtube.com/watch?v=QrZf_AYY0og
This is a video of this car running, hadn't had a chance to test it offroad yet.
After the ball diffs get gritty I will install gear diffs to cut down maintenance.
next build, my Old Lazer ZX !
Posted by Alcyon at 22:49 No comments: